This post is about part of our Honeymoon, which was in 3 countries, so this and next 2 posts are about our honeymoon !

Singapore is one of our favorite places ever ! Serbian citizens do not need a visa for Singapore so we decided this to be one of our honeymoon locations. That’s right, we had few of them:)

As we were on Thailand already as part of our honeymoon we decided to visit Singapore and Bali, Indonesia as well. We went to Singapore from Thailand for 5 days. It was nothing like Thailand, way more developed, reminded me on Tokyo more than anything. The flight was very cheap, maybe like 150 usd from Phuket and it was only like 1 hour long or something like that. We stayed in “Holiday Inn” near the city center and this was the first time that we had pillow menu:) I remember choosing 4 different pillows and sleeping like a baby for those few nights. We explored entire city- state. As you might know, Singapore is very small, just around 5 million citizens. Also very very rich country. I read that every third family is a multi -million. Prices were so higher than Thailand but then again totally different experience. We visited a different part of city including  Little India, Singapore Zoo, Sentosa Island and, of course, entire city center. I know Marina loved their shops, all biggest brands in Orchard Road. Buildings were all new, very tall and much impressive for us. I used to smoke back then and I remember smoking was forbidden everywhere, even outside you had like special places where you can smoke. One more interesting thing is that chewing gums are forbidden in the country… When I asked why answer was very simple. They tend to keep the city clean and chewing gums never help, so they put a ban on them. Crazy, right? Well, city is perfectly clean !

Though physically small, Singapore is an economic giant. It has been Southeast Asia’s most modern city for over a century. The city blends Malay, Chinese, Arab, Indian and English cultures and religions. Its unique ethnic tapestry affords visitors a wide array of sightseeing and culinary opportunities from which to choose. A full calendar of traditional festivals and holidays celebrated throughout the year adds to its cultural appeal. In addition, Singapore offers luxury hotels, delectable cuisine, and great shopping! The island nation of the Republic of Singapore lies one degree north of the Equator in Southern Asia. The country includes the island of Singapore and 58 or so smaller islands. Because of its efficient and determined government, Singapore has become a flourishing country that excels in trade and tourism and is a model to developing nations. The capital city also called Singapore, covers about a third of the area of the main island.

Located at the tip of the Malay Peninsula, Singapore’s tropical climate welcomes both leisure and business travelers year round. The island republic’s excellent infrastructure enables visitors to enjoy its many sites and attractions in a safe, clean and green environment. Award winning Changi Airport provides air links to major cities around the world. The train and subway systems are clean, fast and efficient. In addition, its state-of-the-art cruise terminal has established Singapore as one of the premier cruising centers of South East Asia and an exciting port of call on any Asian cruise itinerary.

In the city, there is no need for a car. Public transportation is excellent and walking is a good way to explore the city . All major attractions are also accessible by tour bus. Since the city is only 60 miles (100k) from the equator, the tropical temperatures do not vary much. Rainfall is fairly evenly distributed through the year. No matter when you choose to visit, warm weather will be abundantly available. The visitor is struck immediately by Singapore’s abundance of parks, nature reserves, and lush, tropical greenery.

Singapore’s progress over the past three decades has been remarkable, yet the island has not been overwhelmed by development. Visitors will discover a wealth of historical treasures from the past, in the beauty of older buildings, values and traditions that have survived in the face of profound social and geographical change.

Here are some of the photos ! 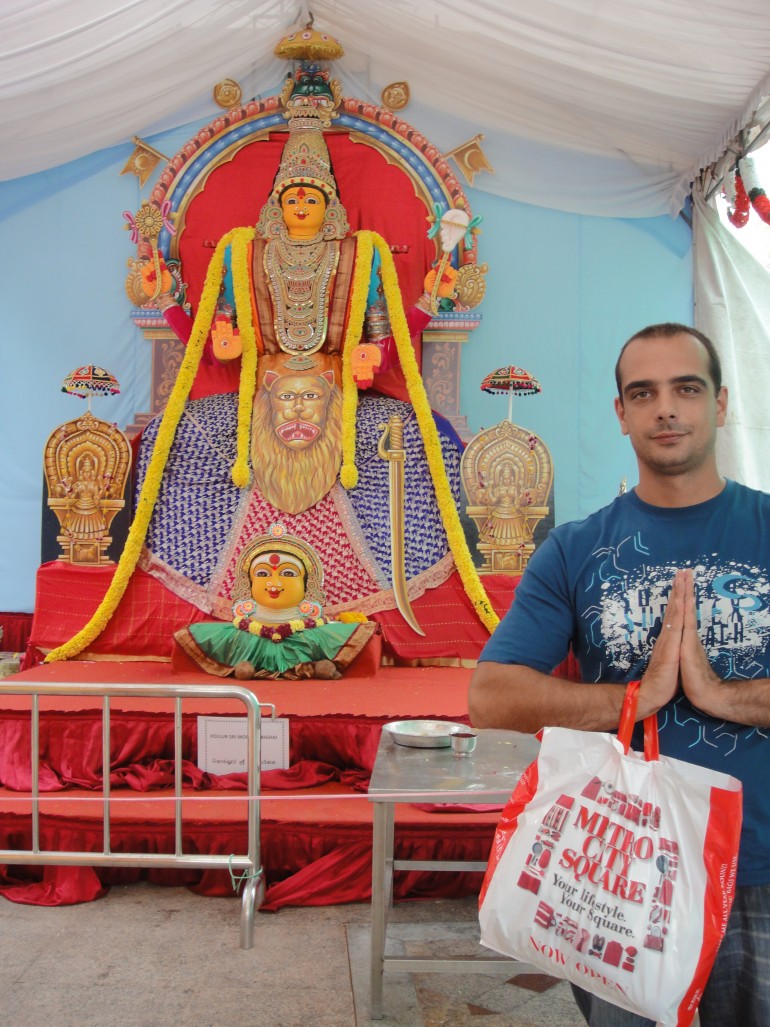 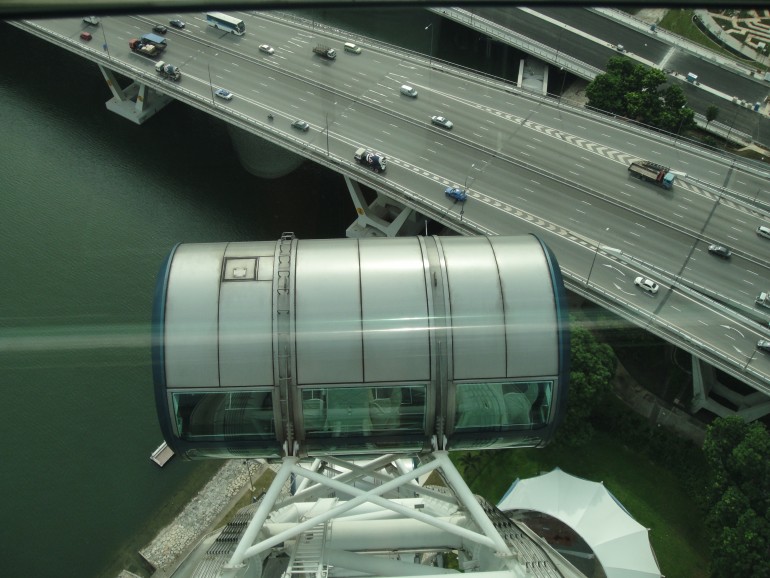 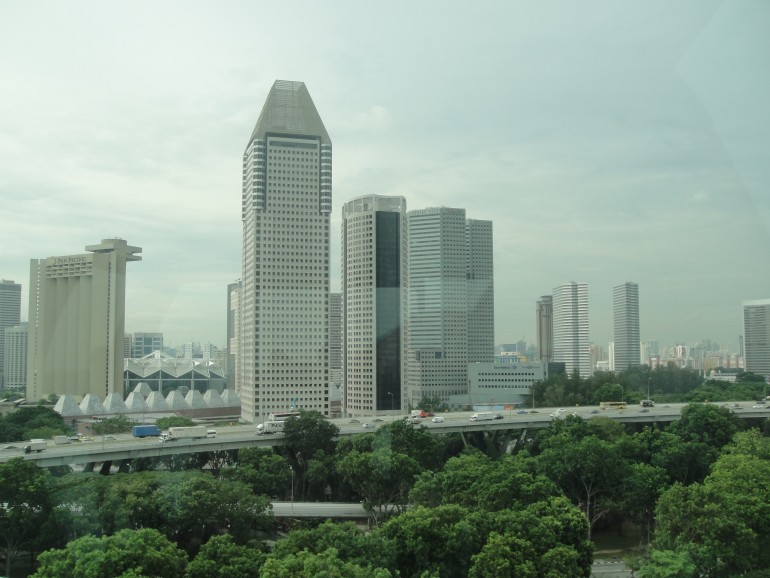 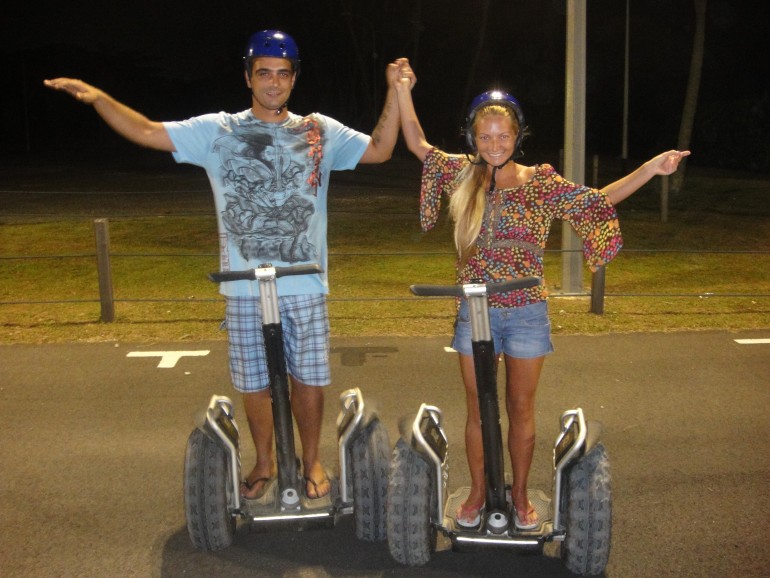 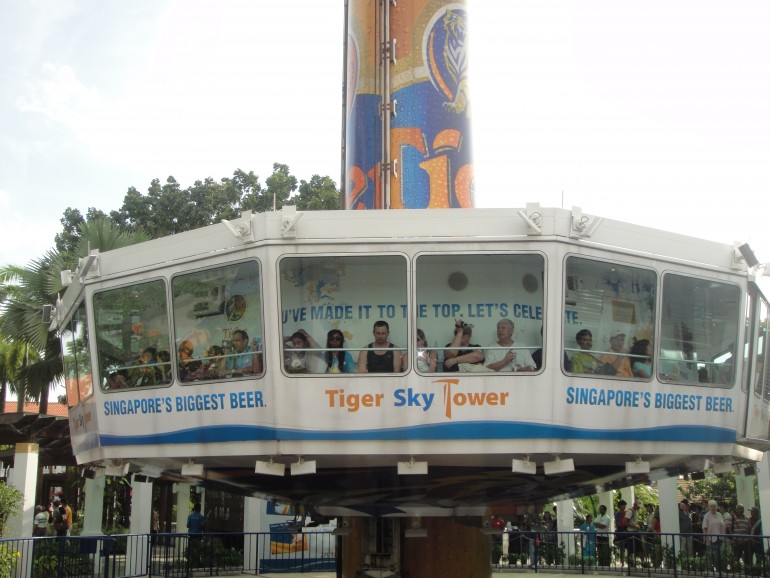 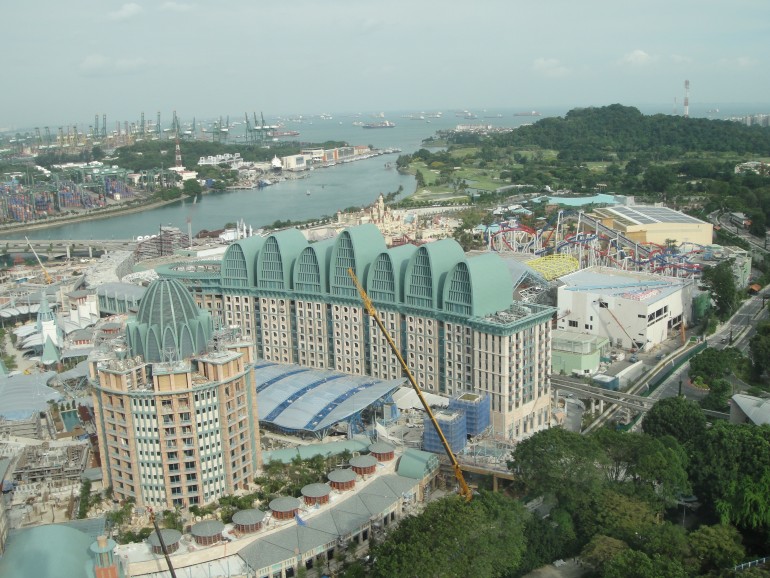 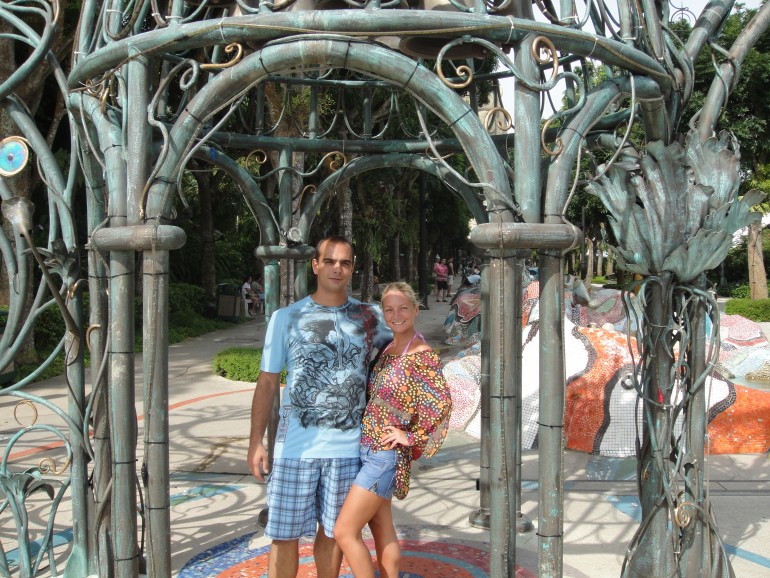 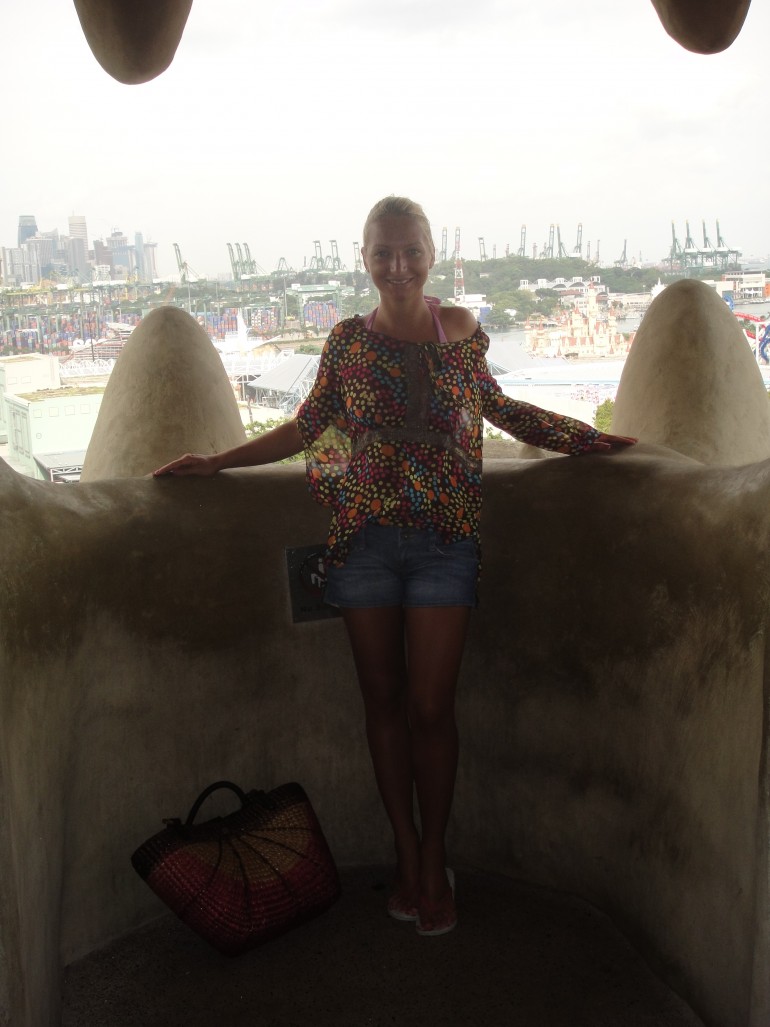 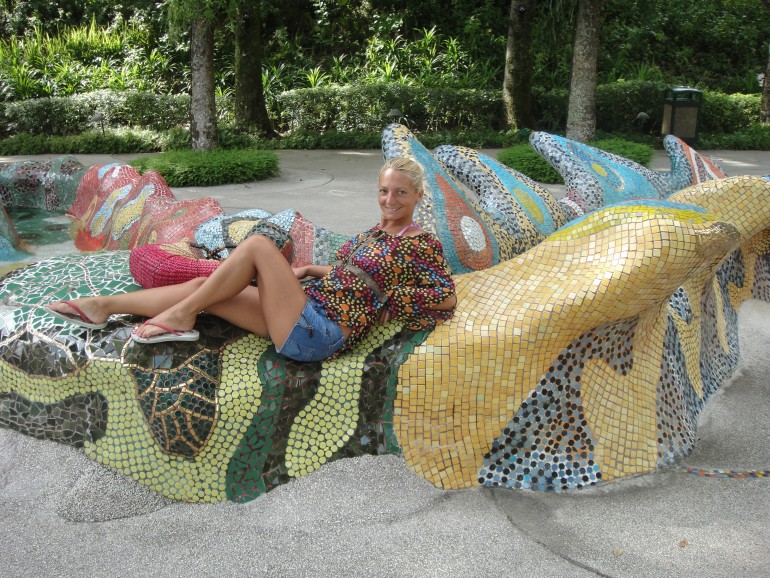 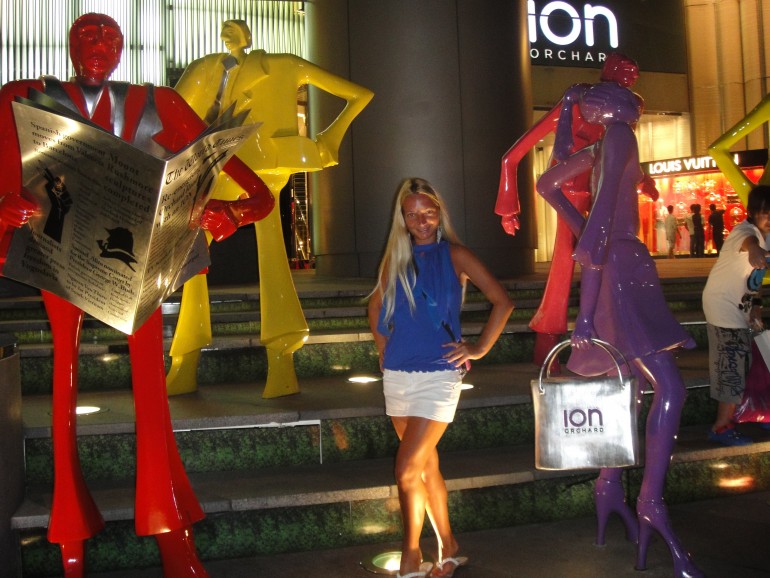 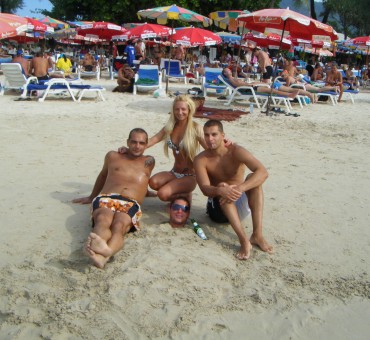 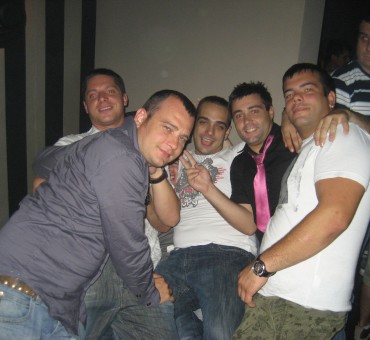