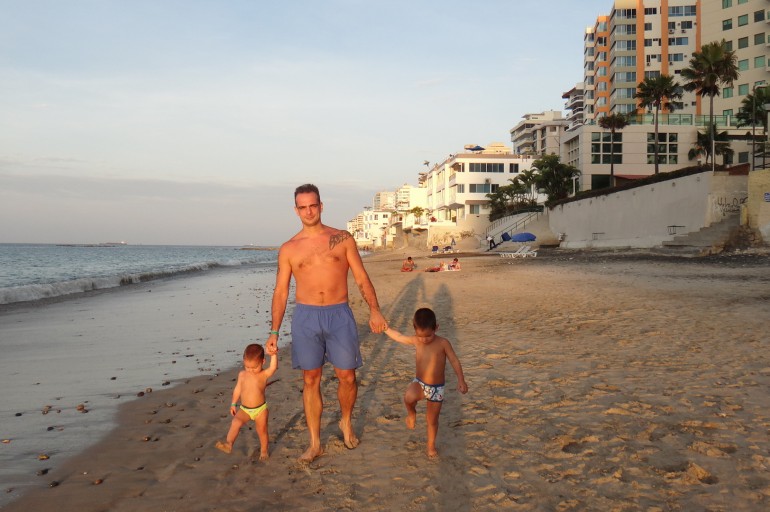 This trip we will remember for few things… It was and still is our first trip ever to South America! We were in Panama at that time and decided to go and visit South America. We were supposed to go to Ecuador, Peru and Chile. Flight to Quito, the capitol of Ecuador went very well. We landed and took our private bus transfer to Salinas, popular summer vacation place. We had a lot of chances to watch during the ride as it was 2,5 hours drive. Unfortunately this was the first time ever we saw favelas in person. Very poor and look a like dangerous places but we haven’t stop so I was not able to judge. I was indeed a bit scared as coming from very safe Europe it was a bit shock for me. Especially as I was there with my kids. We took Barcelo hotel, 5-star hotel in center of Salinas as we had some amazing deal with Barcelo chain hotels. Literally we paid for hotel in 3 countries and got 2 countries free of charge, so this was our one of free hotels we could use and so we did it. Hotel was amazing indeed. First night at around 10pm I had to go to local store to get some things and I went to reception to call for a taxi, but there surprise came in… Lady on reception suggested me not to leave the hotel as it was late and not safe to go out

I was really surprised and scared to be honest, so next few days we spent in hotel most of the time

There was some international tennis tournament and lot of players were staying in our hotel so we could even see some semi-famous faces, mostly players from 100-200 rang on ATP, which was indeed cool. 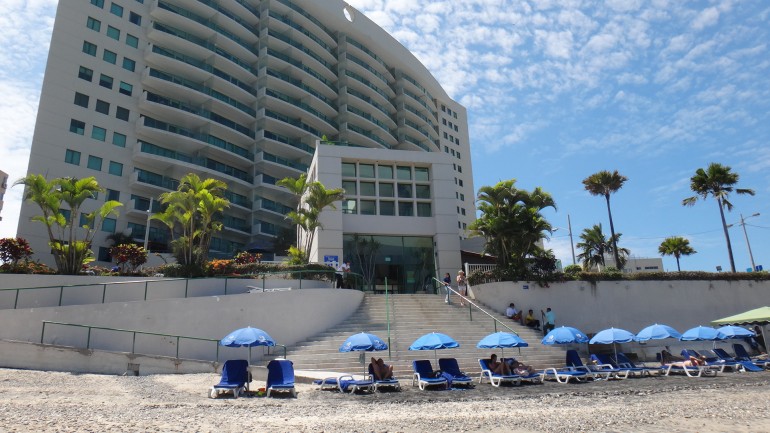 Amazing hotel on the beach! 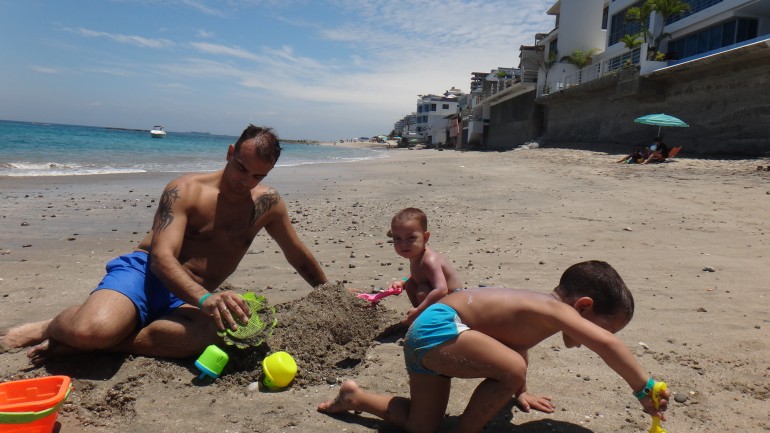 There is nothing better than playing with Tadija and Andrija on the beach! 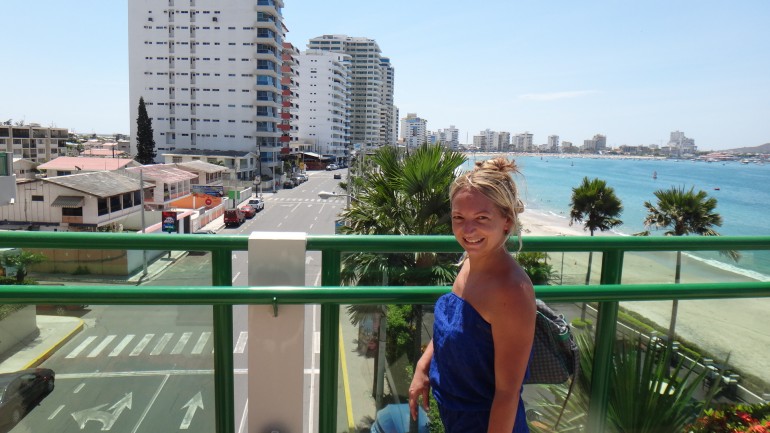 Fantastic view from the hotel!

There are many things you could say about Salinas, Ecuador.  And comments from first-time visitors often fall all over the spectrum, from fabulous to formidable.  And everything in between.Indeed, to say this resort town is polarizing would be a gross understatement.  It’s a place of stark contrasts, from its reception by travelers to its weather to its varying influx of tourists as the seasons change. 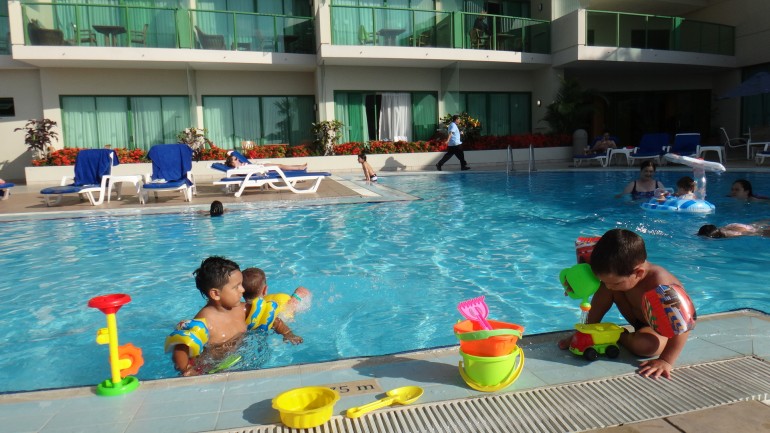 Kids having fun and just playing in the pool 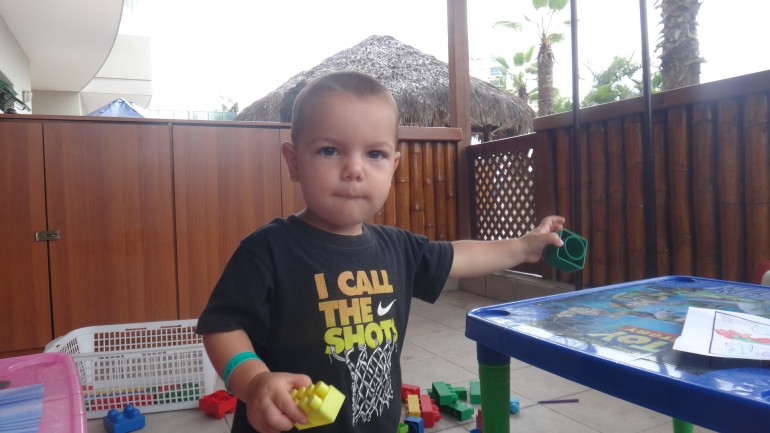 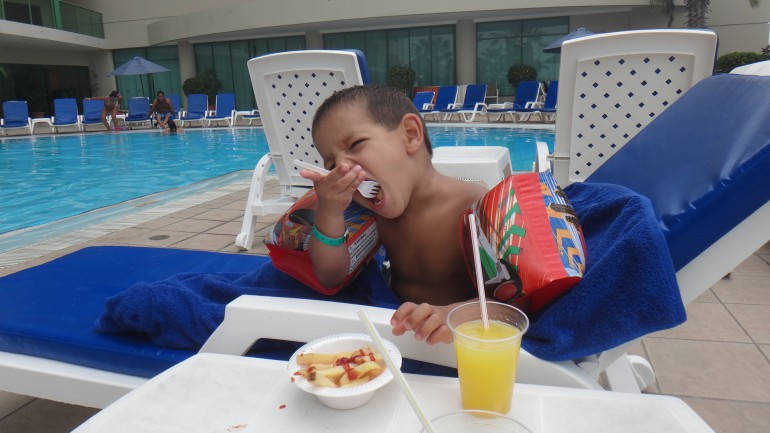 First things first.  There are some really great things about Salinas, Ecuador.  Best of all would have to be the price tag.  Salinas offers some decent amenities at a lower cost than you’ll find almost anywhere.As we mentioned, the weather in Salinas, Ecuador is really, really nice during the high season.  As a result, tourists flock to it in droves.  It looks like Miami in that sunbathers literally line every square inch of the beach.  Well, except the part just off the promenade that’s littered with millions of painful, sharp broken seashells.So, that’s Salinas, Ecuador in the peak season.  What’s the off-season like?Polar.  Opposite.The crowded, bustling beach is virtually empty, and the place turns into a ghost town.  And all for good reason.  The beautiful weather of the busy season is replaced by chilly temperatures, and the sky is overcast almost every day.  This often comes as quite a shock to unsuspecting tourists, many of whom have gone so far as to describe the scene as “depressing.”

My hair looked funny then 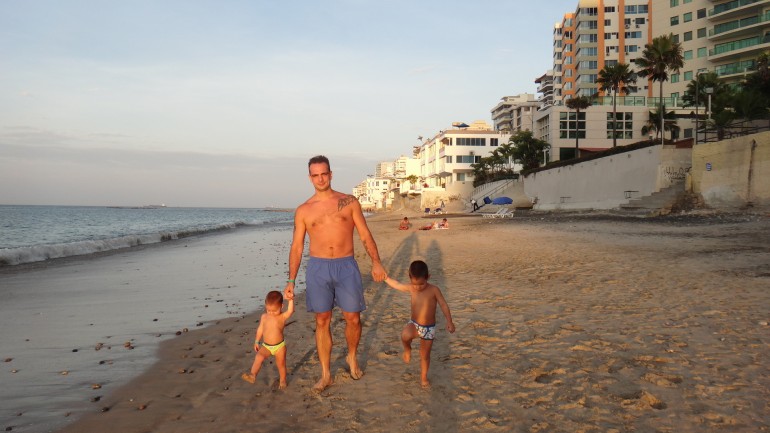 Salinas is a really great deal.  But it’s only a great deal if you’re prepared to deal with overcrowded beaches, underwhelming food options, and nothing but tumbleweeds blowing down the street in the off-season.

If you’re looking for a serene, tropical paradise where you can lie undisturbed on the beach and enjoy the scenery year-round, this isn’t it. 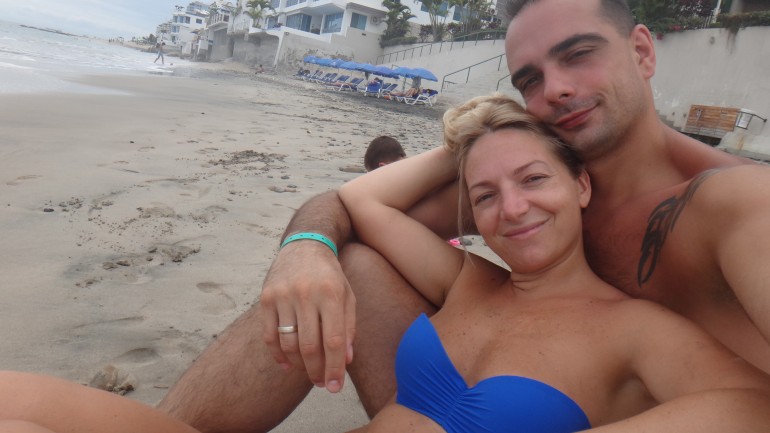 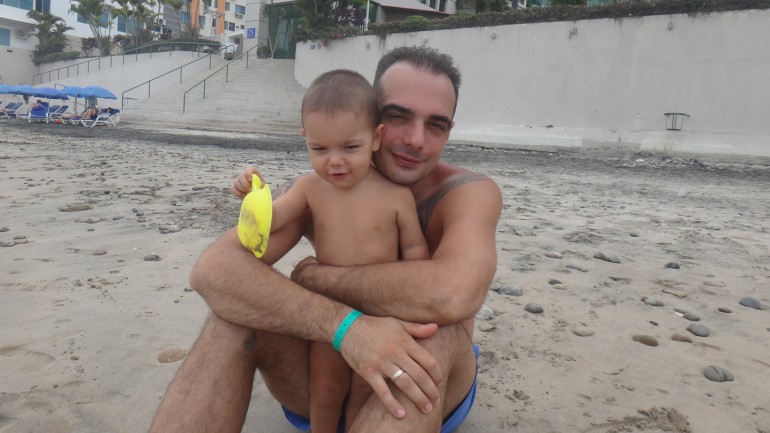 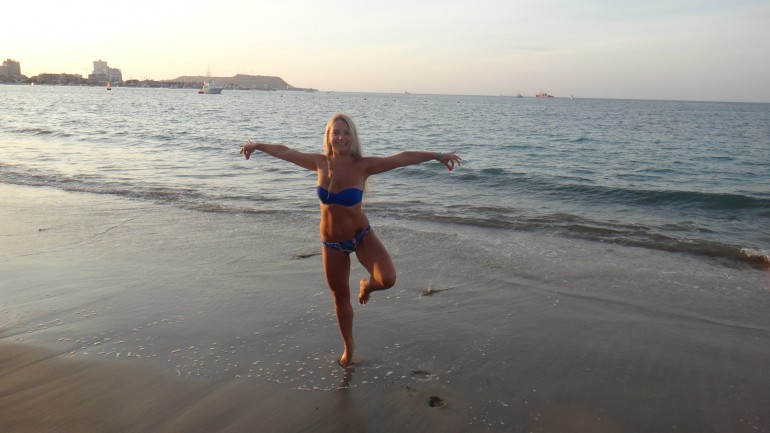 However it was our first visit to South America and we did enjoy it as much as could. Only really bad thing we will remember Ecuador for is TERRIBLE flight back to Panama

Turbulence were so strong that we got very afraid of flying in that region that we cancelled our trips to Peru and Chile for some other time. Oh well… Time will come for those 2 countries am sure !

Here are some of our photos ! 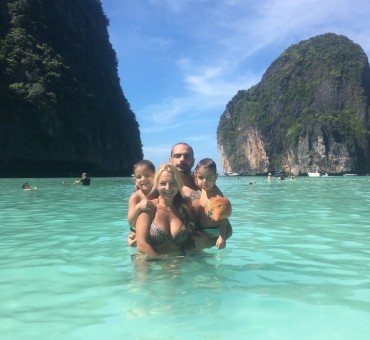 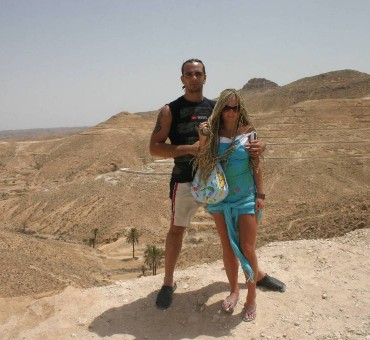