Our finger on the globe pointed Paris, always excellent destination if you want to surprise your kids. Disneyland… Excitement grew more at the thought of surprise and happiness of our boys.

We packed things for three days and went to the airport. When we arrived in Paris, my brother Marjan waited for us. He is also our best guide through Paris. Marjan lives and works in Paris for 30 years. 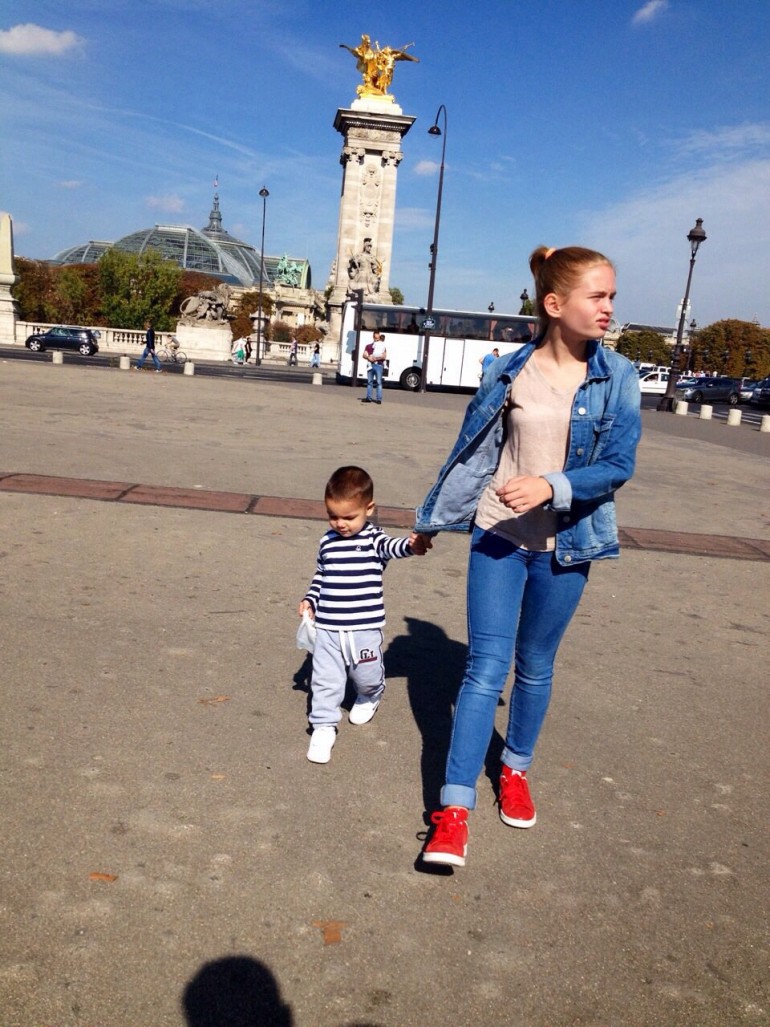 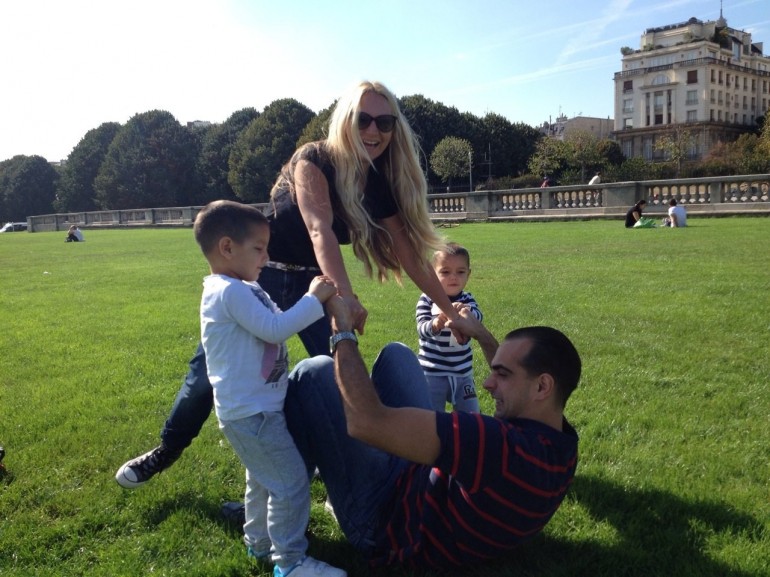 We settled near Champs-Elysees that is one of the most popular streets in Paris. The first day went in walking along the Seine and the boys enjoyed in variety of activities. I remember some climbers, as Tadija called them :), we spent almost 3 hours. As long as boys needed to overcome all the obstacles. 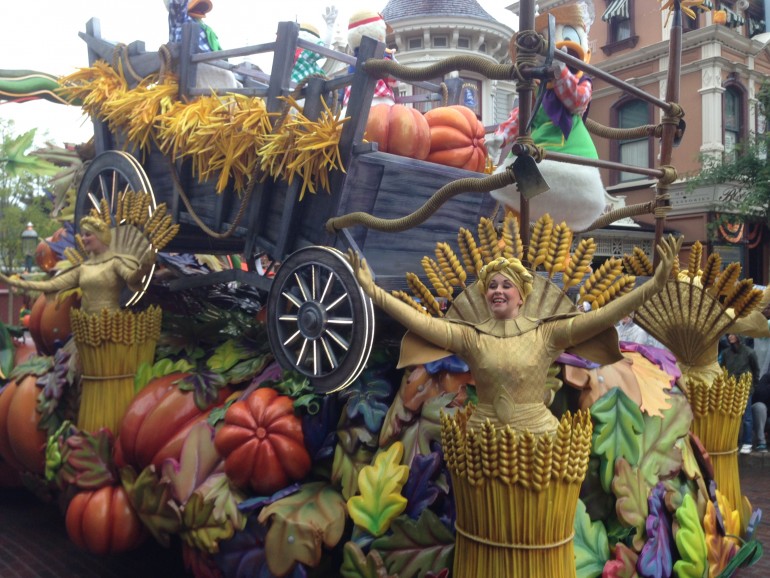 Next day, early in the morning we went to main location, Disneyland.

Disneyland is the biggest, most famous and most visited amusement park in Europe. It consists of two parks, one is called Disneyland Park and other called, Walt Disney Studios Park. Disneyland is 35 minutes of driving or subway from Paris downtown. Rest of the park is divided in four zones: Adventureland,  Frontierland, Fantasyland and Discoveryland.  Within the park there are trains, Snow White’s enchanted fortress, fairy-tale castle, house of fear, cruise ship, aircrafts and spaceships, pirate caves and much more. Disney’s studio is smaller and in it every ride is movie related.  Also it is a cinema and you can find numerous restaurants and shops. In both parks you can see street performances and in the evening in main street parade of all the famous Disney heroes. You can also visit Disney Village in which admission is free. The thrill was great and in that time boys favorite two characters were chipmunks Chip and Dale. 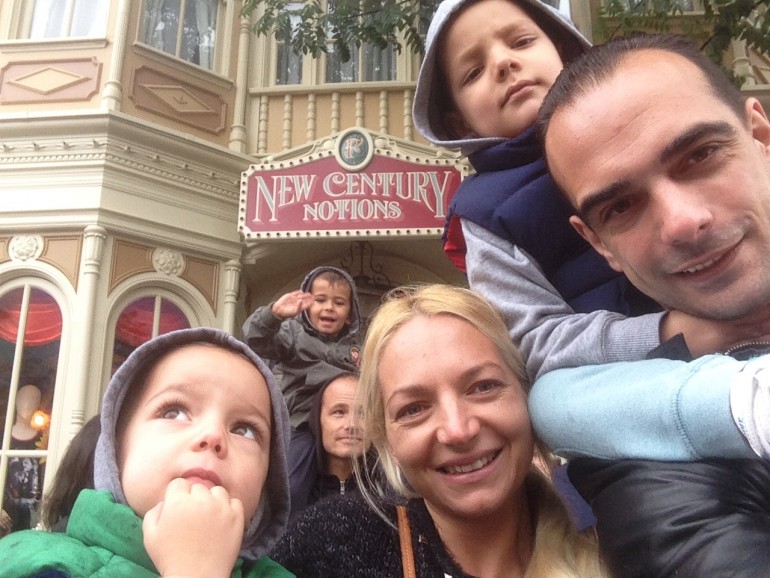 All the happiness in the world

Finally we arrived but unfortunately we were greeted by ugly weather. Small rain that from time to time drizzled. That couldn’t ruin all the fun for us. Although the boys were still small visiting Disneyland was a real experience for them. 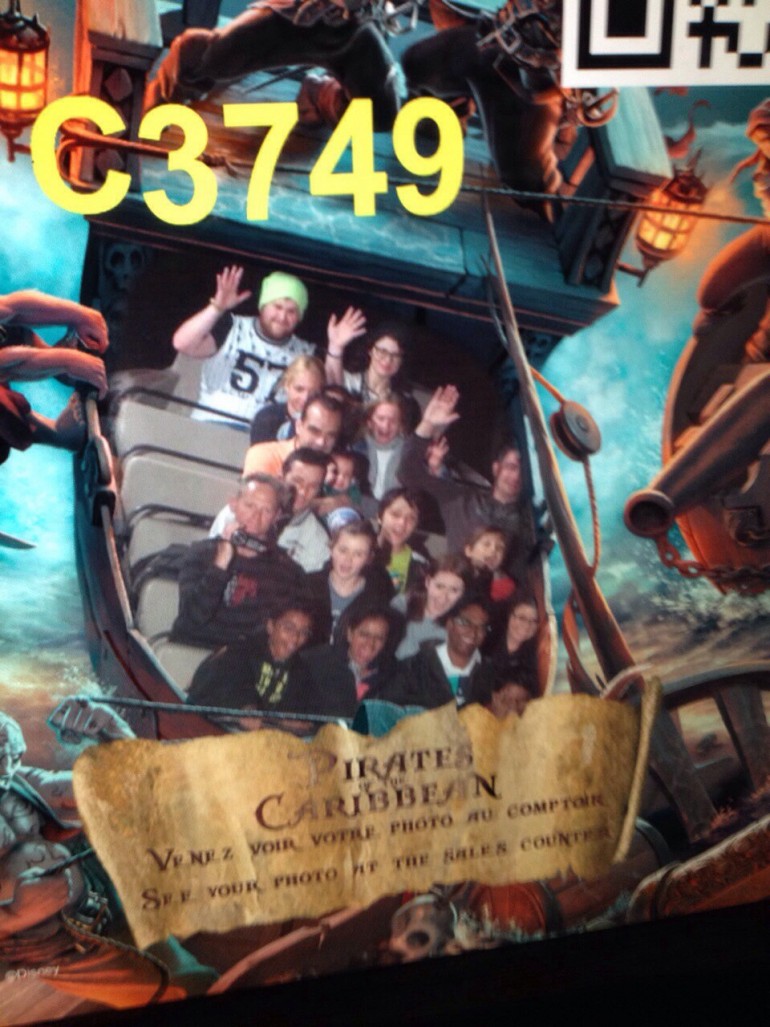 At the entrance we took funny raincoat and embarked on a tour. The assembly of huge number of people waited for famous Disney characters to parade. Goofy made pictures with many kids and our boys thought that all characters were “real”. 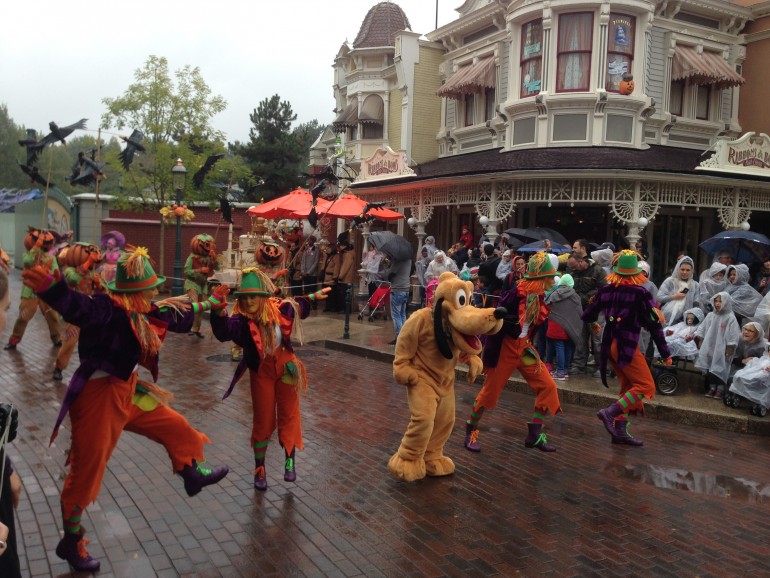 Ceremonial Disney parade started and we were thrilled because in first line were squirrels. I’ll never forget Andrija’s face. He was literally stoned with joy and he couldn’t believe to see them in person.

Tadija was jumping with joy and he pointed with his little finger in them and saying their names.

They were so cute. 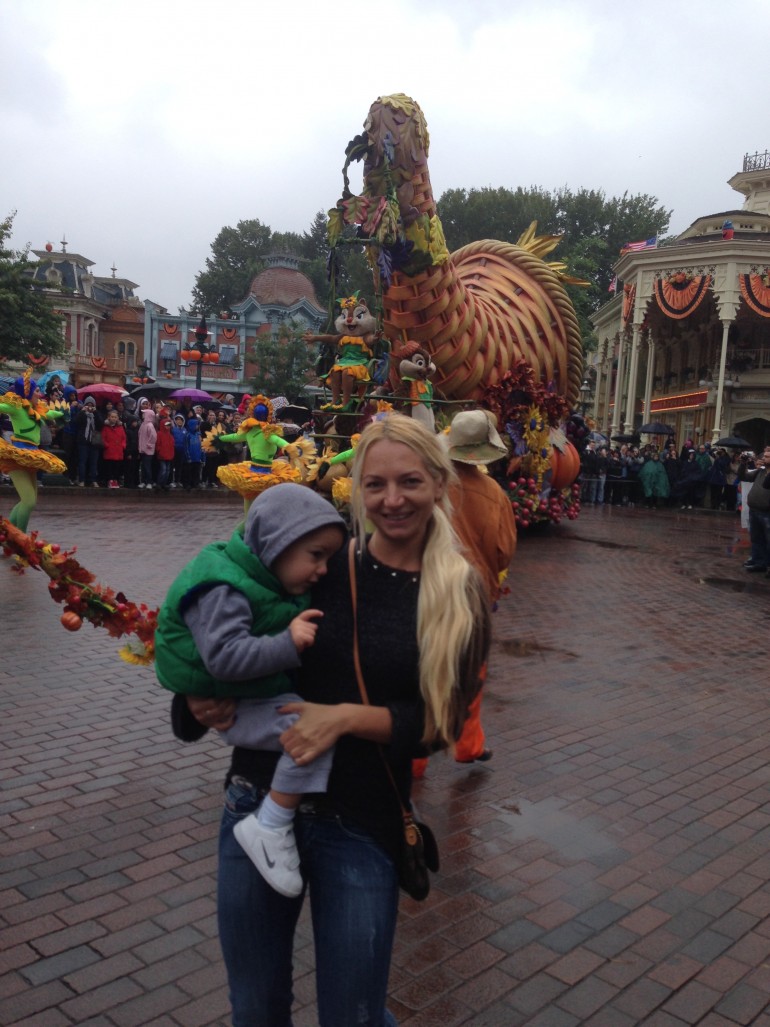 Andrija pointing at his favorite characters

After the parade we went further to see more things. There was a ride in a small cups, visit to the house of horrors, going in Mickey’s house then Alice’s house. Also we tried drive in fast train and many more interesting things.

Boys enjoyed in literally every second spent in Disneyland. 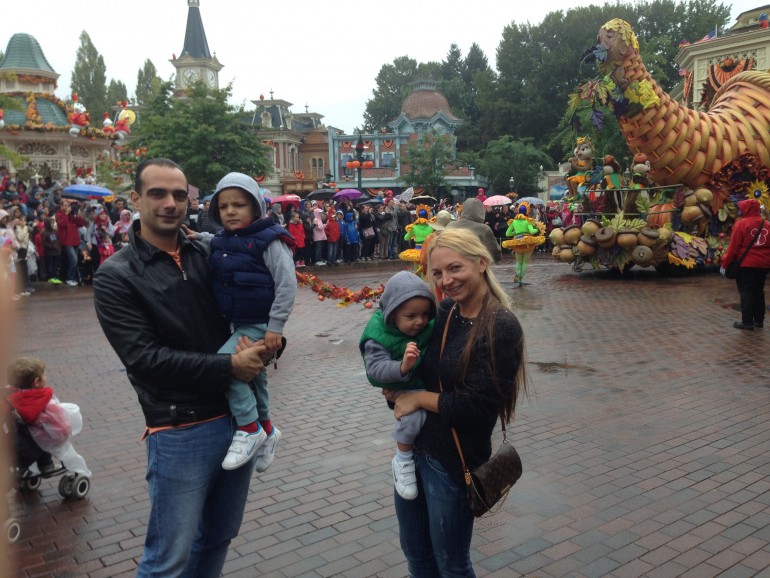 After a break for lunch we visited the Universal Studio and took pictures with all known heroes. Despite the bad weather we spent wonderful and unforgettable day. 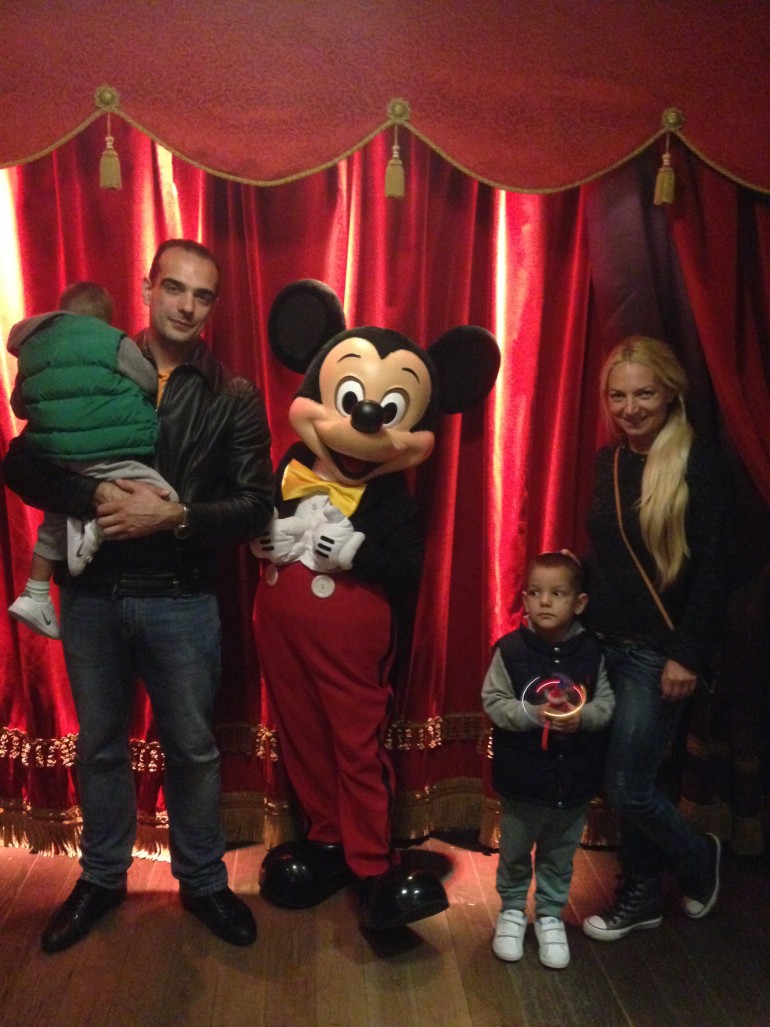 With one and only Micky

Another trip that made me transfer in blog huge number of great memories. The most beautiful journeys for sure are with all four us. 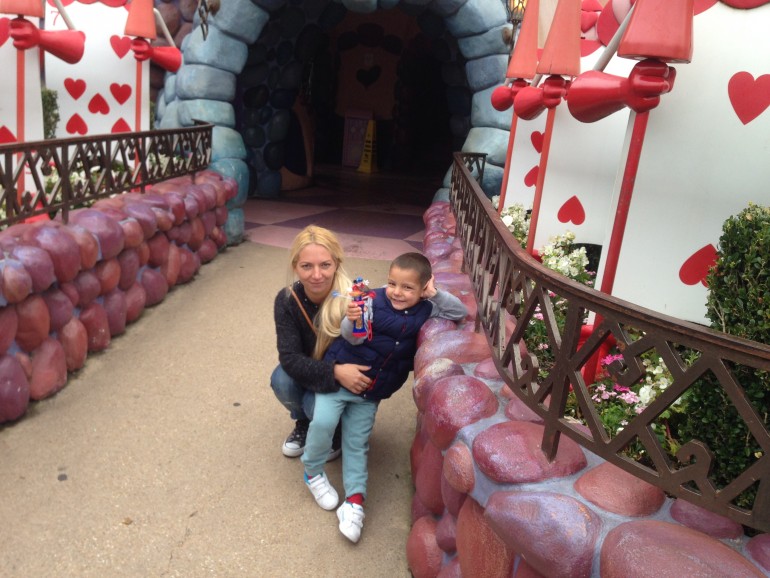 The next day we were ready to go back home. Of course we are planning to visit Disneyland again, because this place is just amazing. 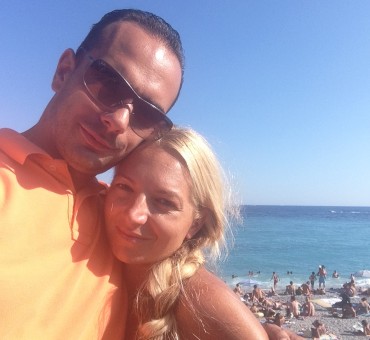 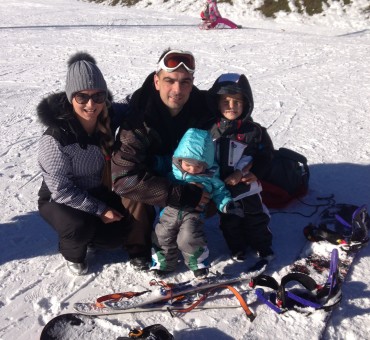