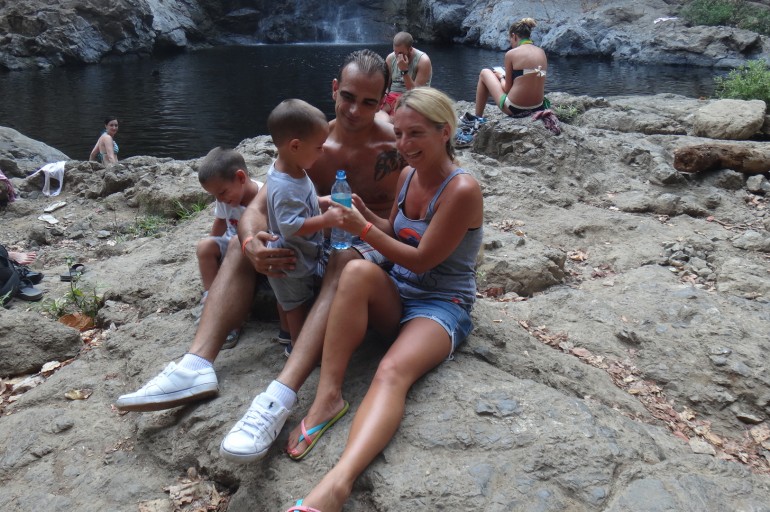 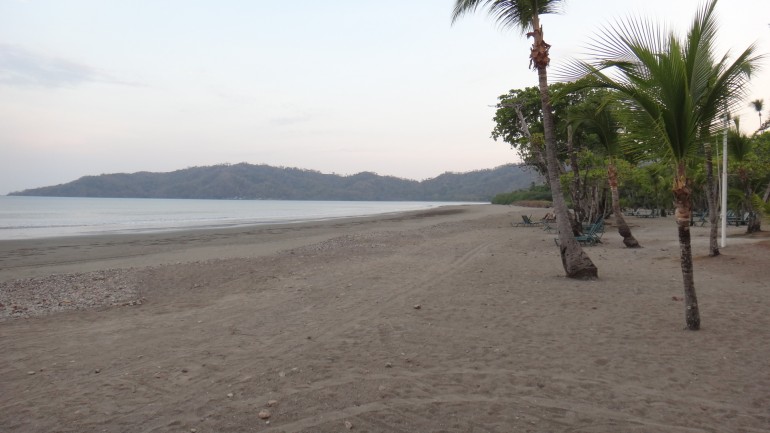 Small country with beautiful nature and vegetation. A country that will always remain in our memories as an amazing adventure and experience. Costa Rica is part of Central America, to the north it borders with Nicaragua, with Panama to the southeast, towards the east it goes on Caribbean sea and on west to the Pacific Ocean. Also Costa Rica has no army, it’s the only Latin America country that has democratic government. They are constantly among the leading countries in region and according to the Index of human development, Costa Rica is on 62nd place on world list, according to data from 2012. 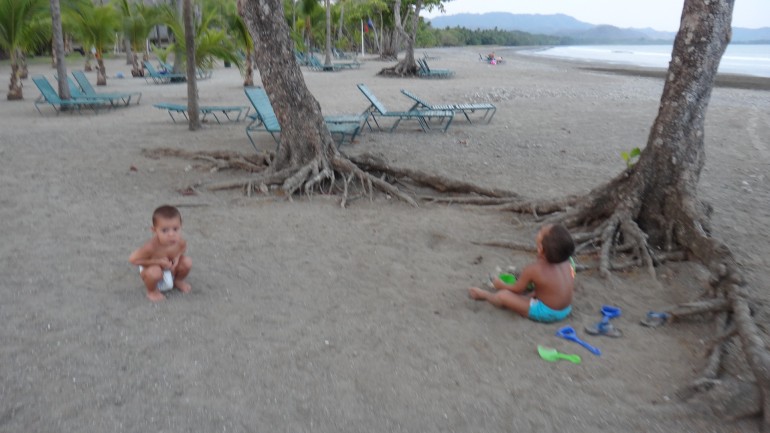 According to the Index of environmental protection they are 5th in the world and first in Americas. Costa Rica government announced a plan from 2007 to 2021. Costa Rica is on way to become the first country in world with zero emissions of carbon. 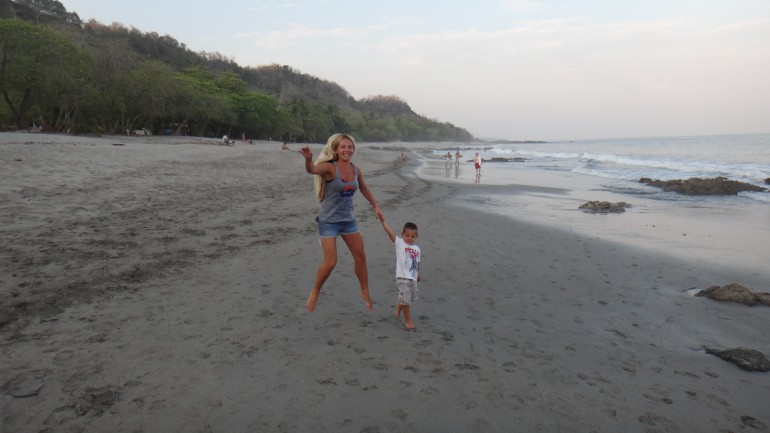 It is surrounded by beautiful clean beaches and contains many natural parks. We flew from Panama and flight lasted about 1 hour. We landed in Liberia and after exiting airport we waited for transport and they announced that our way to the hotel will take 5,6 hours. We didn’t know about that, but I remember that we had another option, to go with small plane and that would took us 30 min. Due to the excessive fear of planes we decided to go with the van. 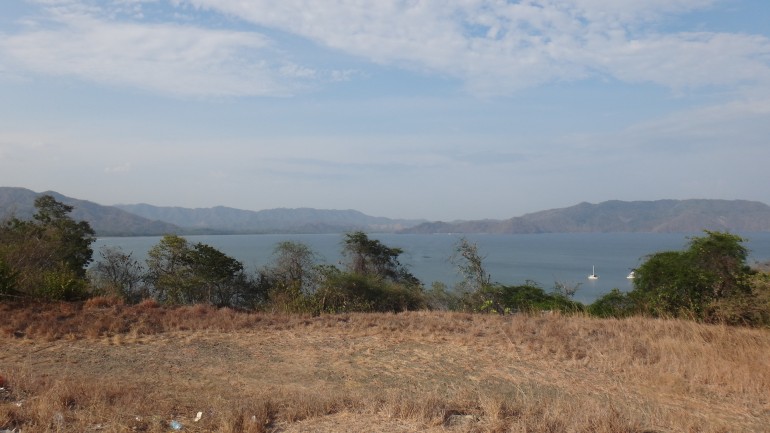 The road was long and quite exhausting! Twisted dirt road passed through their villages. Barefoot children were running around their houses, trees and also I had to say that nature of this country is really unreal. 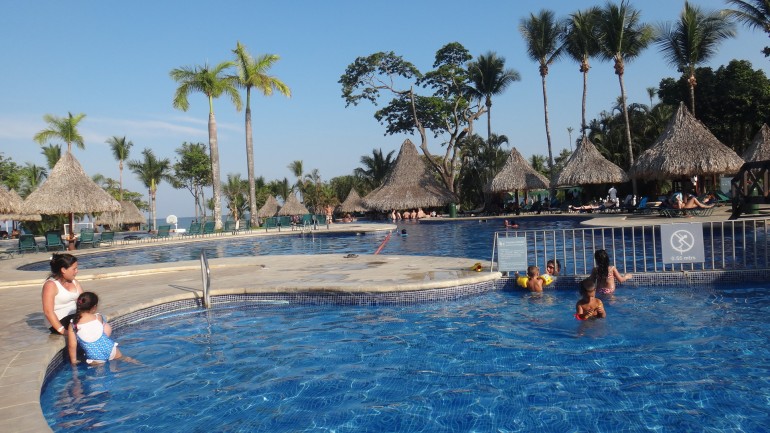 We had a lot of fun using hotel pool 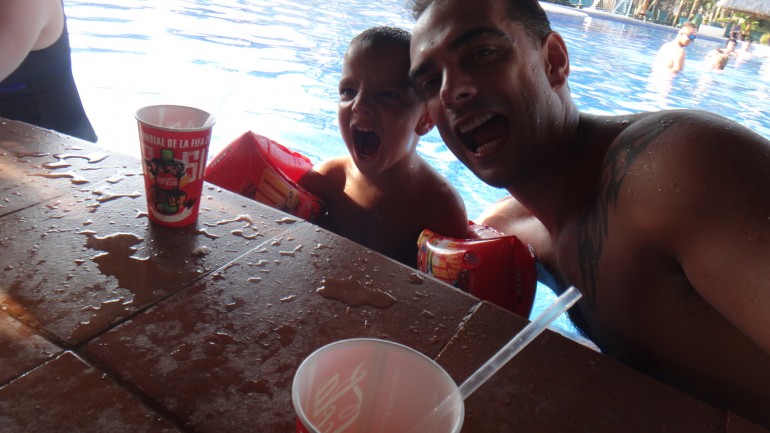 The road led over the hill, the beach slowly loomed. Finally we arrived and the place is pretty isolated, surrounded by an amazing nature. Friendly, smiling staff waited for us at the entrance of hotel. Hotel is located on Tambor beach, with Pacific right there. Tambor beach has about 6km and it’s covered with volcanic sand, which is incredibly small. The colors of sand glisten in the sun and change. 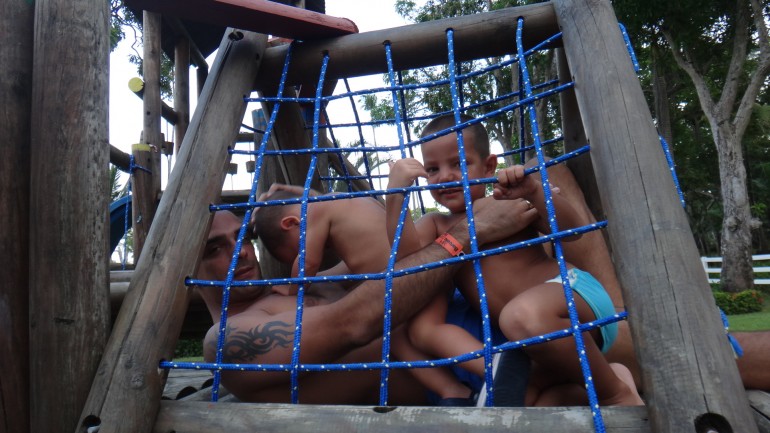 The hotel is also a national park. Large parrots called Ara are everywhere and they impressed Tadija and Andrija. Squirrels were also everywhere and multitude of different size Geko lizards. They are literally everywhere, on the beach, around restaurants and bungalows. People were feeding and taking pictures with them. 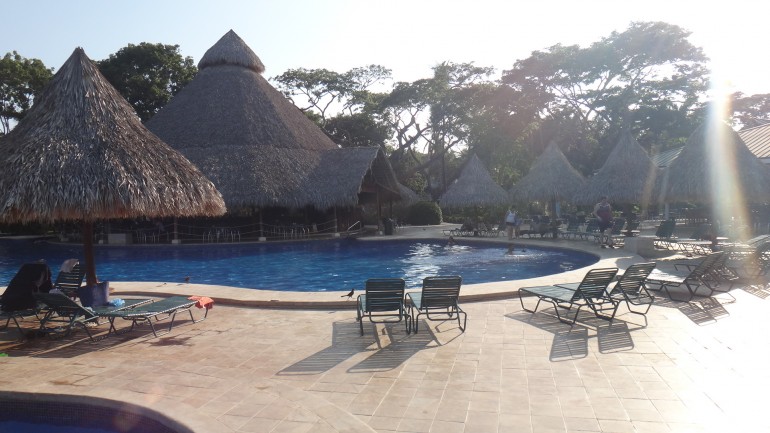 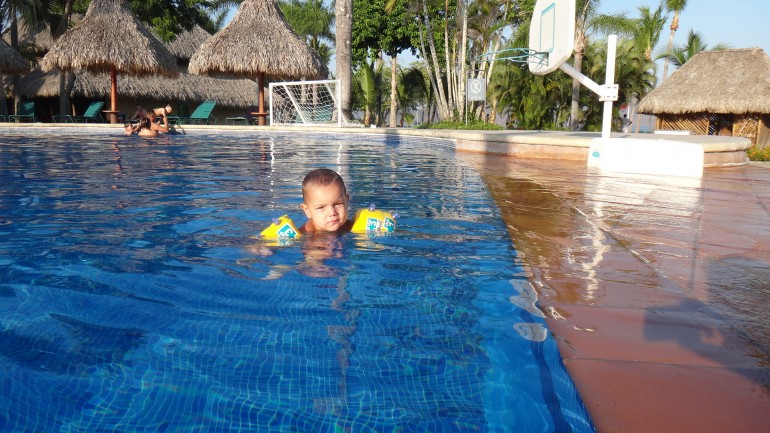 Hotel had a great content for children, from the pool to park and playground. 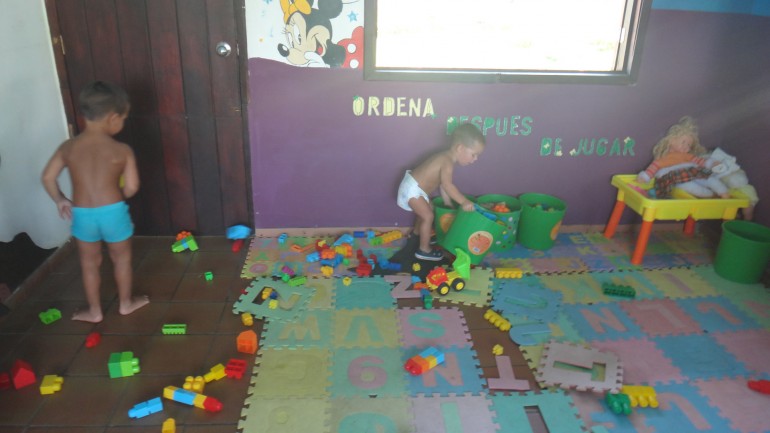 The boys enjoyed in various games and of course their favorite were the ones in the pool. I tossed them of my shoulder and also we thought them to swim and dive.

The food was excellent and the multitude of fruit and fish was on the menu. One day we took to see the Montezuma town and there was amazing waterfall of the same name. 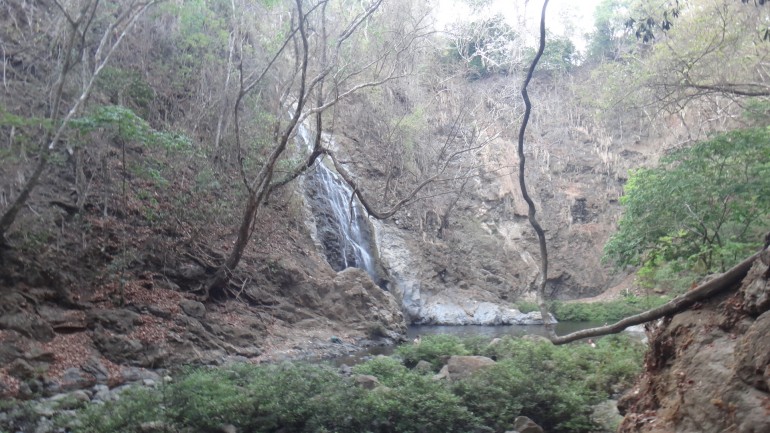 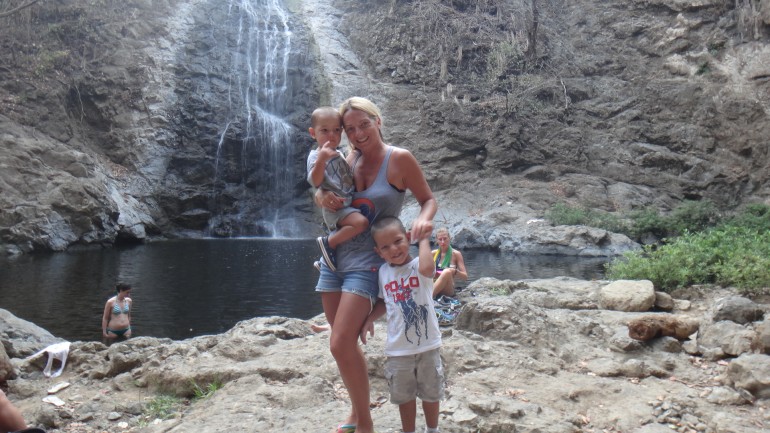 The town had many souvenir shops and small winding streets. 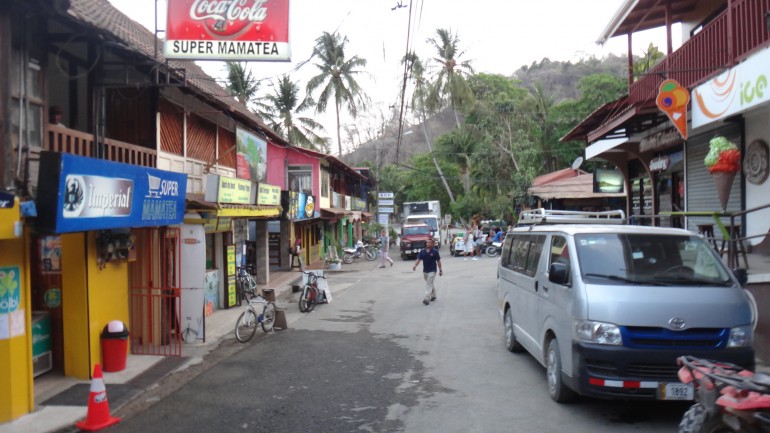 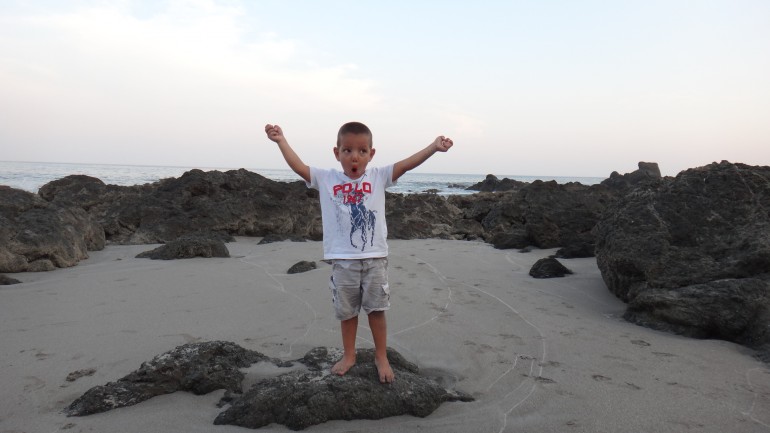 We walked around the town, buy a snow globe and souvenirs. Guide took us to a beautiful beach that left us breathtaking. We swim for a while and then move on. 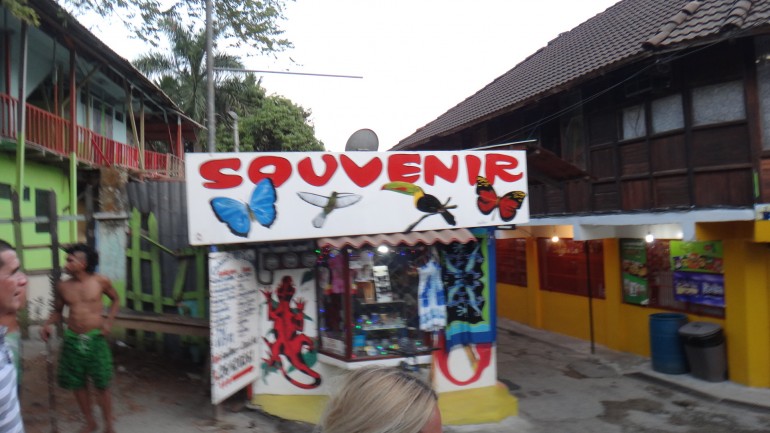 Through the incredible forest and winding narrow path for about some 30 minutes we arrived at the waterfall. Road went along little river and I must admit it was very steep and awesome. We had to hold kids in our hands and Marina was horrified. Of course when we arrived and saw all the beauty we forgot in a second about the winding road. 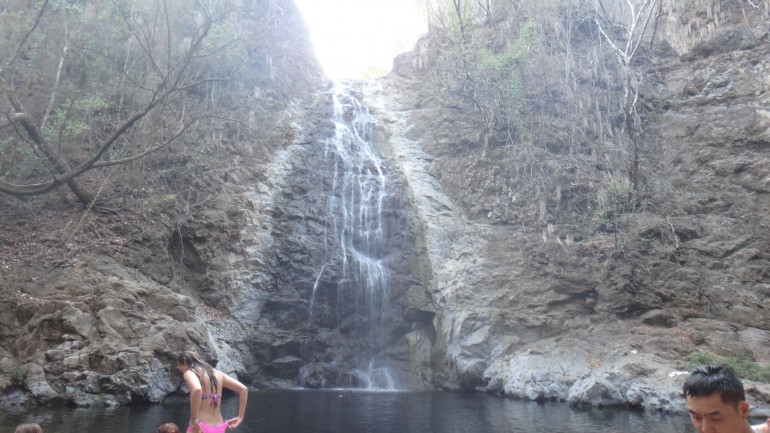 From the top of the wall amazing waterfall descended surrounded with all the beautiful nature. We enjoyed it, but the boys found their hobby and started collecting branches and trees!

We stayed there about 1 hour and then headed to hotel to rest. 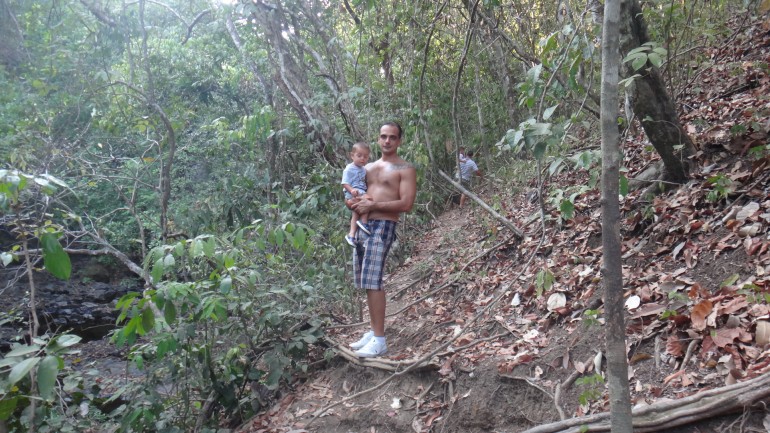 We had 7 unforgettable days in Costa Rica. A beautiful country with beautiful nature. 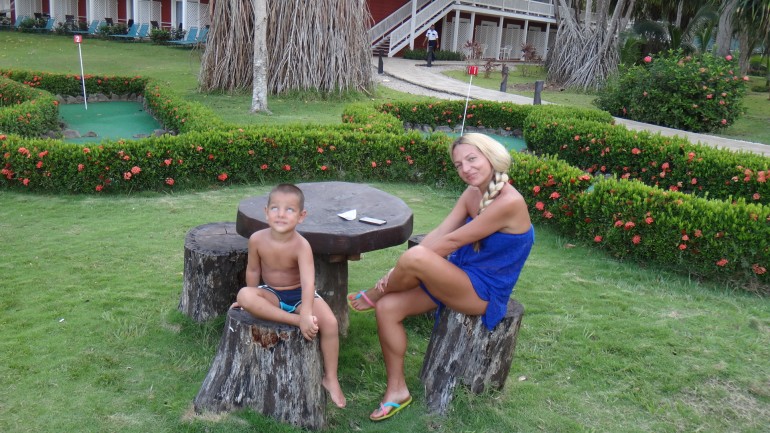 Our voyage was coming to it’s end. Soon we were expecting a return to Serbia. Full of experiences and impressions we slowly started to pack our suitcases.

Hear you soon with some new adventures from our journeys 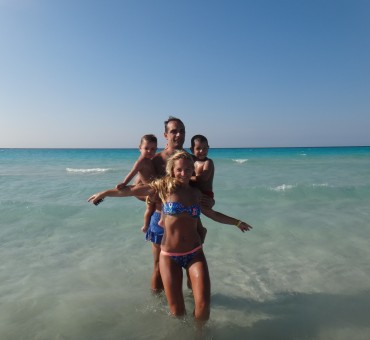 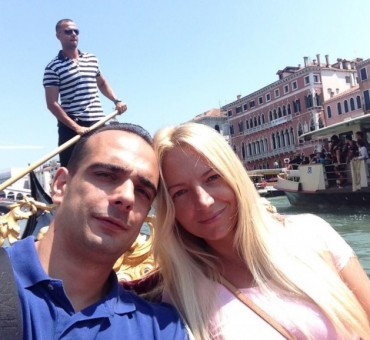